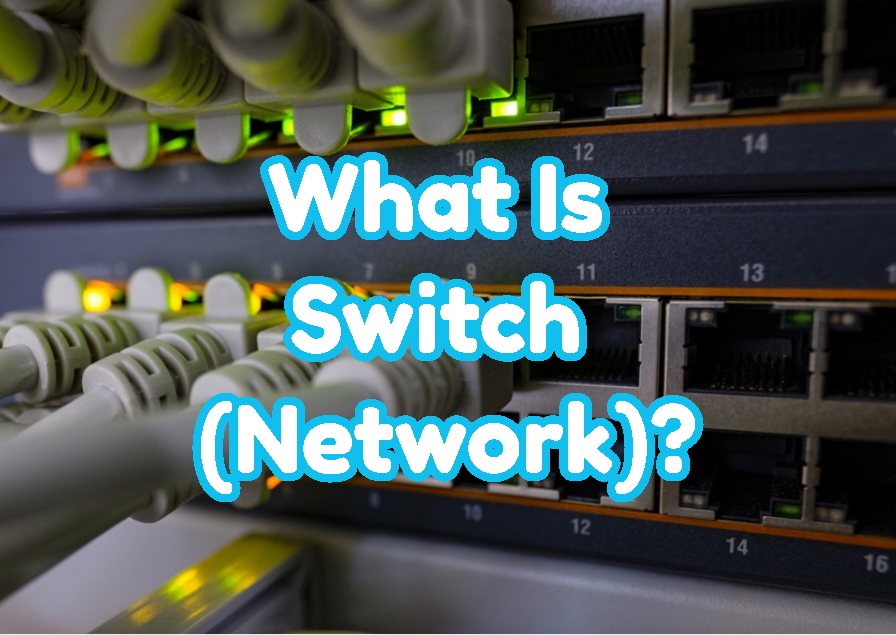 Switch is a network device or function which mainly used to switch frames or packets into different transmission mediums or cables. Traditional switches work in the OSI Layer 2 and switch frames according to the source and destination addresses into different ports. The switch is a crucial part of a computer network. Even switch can provide different protocol support in most of the cases switch is closely coupled with the Ethernet protocol and the term switch is mostly used to express the Ethernet Switches. Even switch history goes back to the 1960s the modern ethernet switch is created in 1990 by Kalpana.

In the first years, the switch was used for a single function in order to switch frames between different ports but with the advancement of the switch they provided more features and functions. Below we will list some of the most popular and useful functions and features of the switches.

Packet/Frame Switching is the main function and features of the switch. Switch have multiple ports and switch a incoming packet/frame to the destination port.

Increase Signal is functioned by connecting mutiple switches where packet or frame signal will be created and increased in each switch.

Security can be configured according to the different parameters and technologies like MAC address, Port number, VLAN, etc.

Unmanaged Switches provides basic features with no or little management capabilities. They are plug and play which means there is no need for configuration for work. Unmanaged Switches are used in for personal or small office environments.

LEARN MORE  What Is A Router, Tips For Buying Routers and How Does It Work?

Smart Switches are between Unmanaged and Managed switches which provide a basic web interface for management with less capability and features.

Network Port is the most important part of a switch where the hosts or computers connects to the switch via this ports. Generally RJ45 type plugins are used for Ethernet protocol connection between switch and computer. Cable is CAT-5 or CAT-6 type. In some cases for uplink port fiber can be used with different connectors like SFP, SFP+ etc.

Management Port is a port used to manage and configure switch. Management port can be a serial port or Ethernet port but generally used with RS238 protocol.

Power Supply i used to provide power to the switch and its components.

Firmware or Software is used to run different functions as software for switching, management, protocol operations.

Switches can be compared hubs where both of them provide very same physical look. But their function is a bit different.

LEARN MORE  What Is Network Hub?

Switch and Router are different devices with different functions. Actually they complete each other for an enterprise-level network. Below we will compare the switch and router for similarities and differences.

In networking, there are two terms Layer 2 Switch and Layer 3 Switch. As we know switch works on Layer 2 according to the OSI reference model. But with the advancement of the networking devices and different needs, some switch are created with basic routing or Layer 3 features. These switches with Layer 3 or routing capabilities are called Layer 3 Switches. Layer 2 Switch is a standard and normal switch with switching related capabilities.