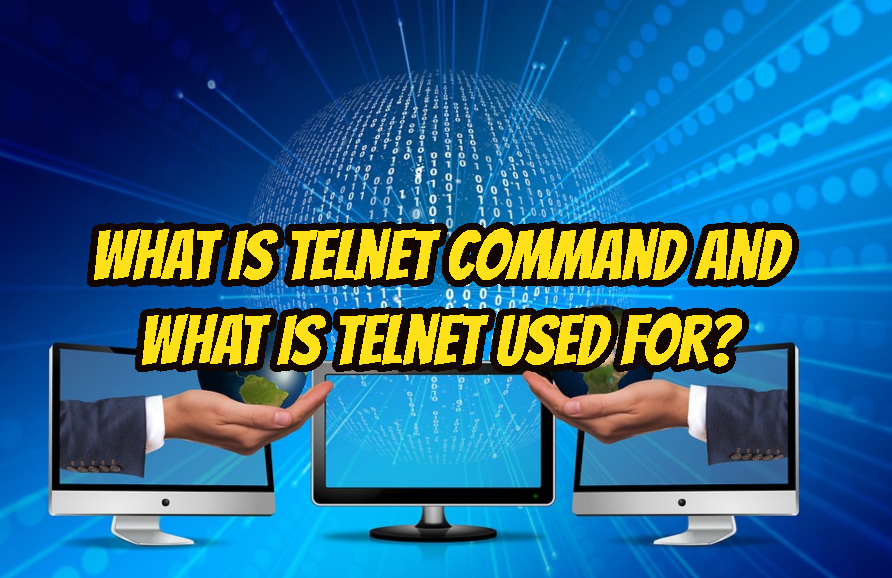 Telnet is a command-line protocol used to manage different devices like Server, PC, Router, Switch, Camera, Firewall remotely. Telnet is a very simple protocol that provides simple remote connection and sending commands or data to the remote network connection. This makes telnet very popular among IT systems. Telnet generally comes after SSH for remote system management from the command line.

Telnet has popular Client and Server architecture. Server-side will provide telnet service to connect from client telnet applications. Telnet server-side generally listens for TCP 23 port to accept telnet connections. But this port can be changed for security or other reasons. So telnet client needs to specify the telnet port explicitly.

As stated previously telnet is a very popular protocol which means it is used by different types of devices in a broad range. Here is a list of devices that uses telnet for remote management.

As stated previously telnet architecture consists of server and client. Telnet server and the client can be installed into all Linux distributions like Ubuntu, Debian, Fedora, CentOS, RedHat, Mint, etc.

Telnet server and client can be installed into a Windows server or client os different ways. Telnet client and server is provided by Windows natively. The alternative is installing 3rd party applications like MoboTerm etc.

LEARN MORE  How To Install and Setup VNC Server On Linux?

How To Install and Use Telnet Client In Linux and Windows

Telnet is security is the biggest problem of the telnet protocol. Telnet protocol is not encrypted which makes it vulnerable to the man in the middle-security attacks. The telnet traffic can be readable if someone can sniff the traffic from the network. Encryption makes it unreadable by others other than the remote part. Telnet also provides only password-based authentication. As stated previously passwords are transmitted over the network where passwords can be caught by attackers. Password-based authentication is less secure than certificate or key-based authentication.

By default, the telnet protocol does not encrypt its traffic. If we want to encrypt traffic we can use Telnet/s which encrypts the traffic. Actually, some TLS/SSL tunnel is created and telnet traffic is transmitted through this TLS/SSL tunnel. Because of the TLS/SSL implementation it Telnet/s is not used widely.

With its positive and negative attitudes, telnet has different alternatives. SSH is the biggest and better alternative to the Telnet protocol.

Telnet Application and Servers For Fun

There are some telnet services on the internet which provide some asciinema or ASCII based cinema. This service runs a short film over the telnet protocol. We can access this film from towel.blinkenlights.nl like below.

Get your popcorns the cinema starts.