What Is The GNU Project? – POFTUT Skip to content 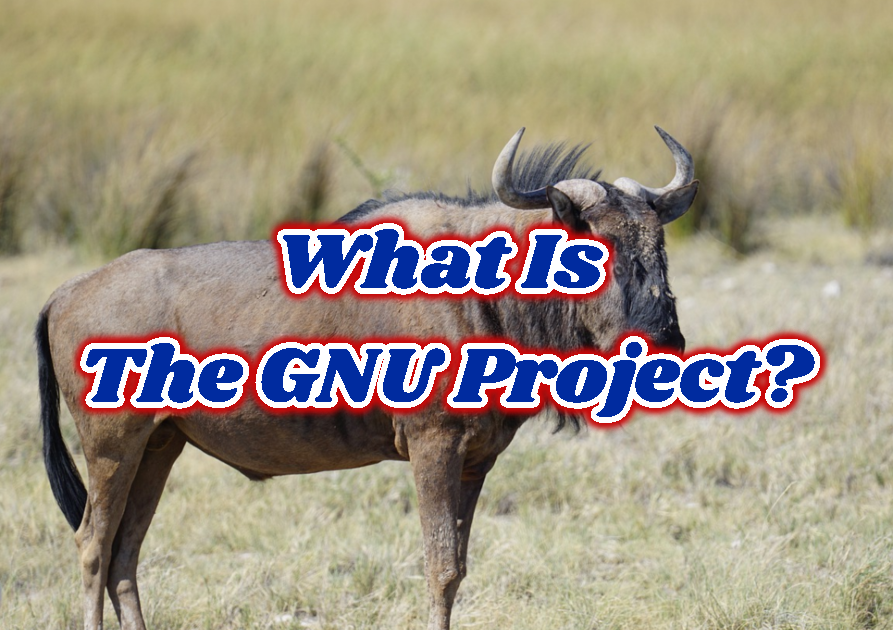 GNU or GNU is Not Unix is a project started by Richard Stallman in order to create free software in order to respect the user’s freedom. GNU Project provides different free software tools for computing. GNU mainly aims to create a free operating system and related tools but currently, Linux kernel is used for the operating system and most of the other tools are created by the GNU project.

The GNU Manifesto which explains the GNU Project philosophy published in March 1985 which provides a very different aspect to the computing. According to the GNU Manifesto the source code of the software should be free to study, can be shared, modification can be done and published freely.

Free Software Foundation was founded in 1985, initially to raise funds to help and develop GNU Project.

As the GNU Project aims to create an ecosystem with completely free software the following attributes should be met a software in order to be free. There is 4 basic principal for free software like below.

LEARN MORE  How To Replace A Text Exists In Many Files?

Free Software Foundation or FSF is related with the GNU Project where FSF provides infrastructure and funding for the GNU project. FSF acts as foundation for the GNU Project and works according to the GNU Manifesto. FSF also create campaign create educational materials about free software and fight against threats against computer user rights. FSF also operates a Licensing & Compliance Lab to defend freely licensed software.

The Linux kernel version number is 5.X where GNU Hurd is currently versioned as 0.9. So the open-source world uses the Linux kernel and calls it Linux. But Richard Stallman thinks a bit different and express the Linux project as GNU/Linux where different GNU Project tools like GCC, g++, gdb, make, diff, bash is used to developing and use Linux operating system and related distributions like Debian, Ubuntu, CentOS, RHEL, SUSE, Fedora, Kali, etc.

Even GNU Project failed to provide a complete operating system or kernel it provides a lot of useful tools for development, debugging, system management, and commands. Here we will list some of the popular of the GNU Tools.

GCC or GNU Compiler Collection is a set of tools created for source code compilation. GCC provdes compiler for different programming languages like C, C++, Java etc. but the most complete and popular programming languages are C and C++. Today GCC is widely used to compile, binary, library and other related source into different formats and platforms like X86, x86_64, ARM, MIPS, Alpha etc.

Gdb is a software or binary debugging to find and inspect software bugs It is a companion tool for the GCC.

bash is very popular shell which provides command line interface for the system administrators and users to used operating systems. Most of the Linux distributions use the bash as default shell.