What Is VGA (Video Graphics Array)? – POFTUT Skip to content 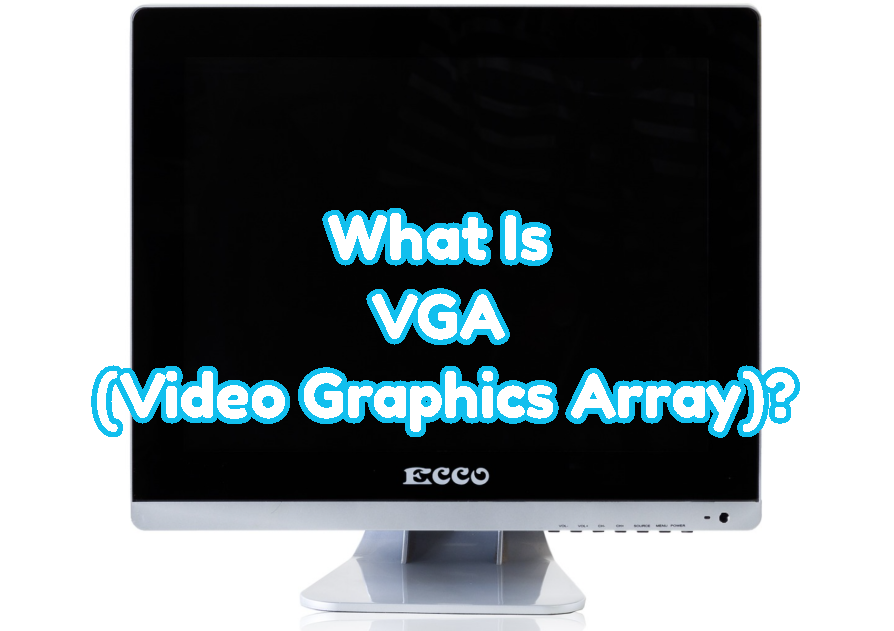 Video Graphics Array or VGA is a 15-pin video connector that is mainly used to transmit graphics or media from source to display like monitor, TV, projector, etc. VGA is created in 1987 which was based on IBM based D-subminiature connection type. VGA was a very popular connection type between the start of the 1900s and the end of the 2010s. As an old technology VGA utilizes analog signals which makes it less capable than newer digital protocols like HDMI, DVI, etc. VGA is a generic term even the real name is Video Graphics Array it can be also named as Video Graphics Adaptor because its connectivity capabilities for graphic cards.

VGA is a very popular technology and connection type which is used in different cases and areas in order to transmit or send graphics or media from the source device to the display. Below we will list some example use cases about VGA.

VGA connections consist of simple components. VGA consists of two connectors in order to connect the source and destination. There is a VGA cable between these two VGA connectors.

VGA Connector is the most important part of the VGA. It contains 15 pins in order to connect cables with the source device. These pins are used to transmit analog signals. VGA connectors can be also called as VGA male. Female type VGA contains holes which are located on source and destination device like laptop, PC, Streaming devices, monitor, TV, projector. As we can see below a typical VGA contains two screws both sides of the connector head which is resided two sides of the ping. These screws are used to connect and nail the VGA connector to the source of the destination device to protect.

The most used and default VGA connector for most of the source and destination devices is DE-15 male connector which shown below. But for small factor devices, VGA provides a small and less pinned VGA connector called as DE-9 which contains only 9 pins. BNC is another type of VGA connector which is not practical or popular to be used.

When the VGA first released the most popular resolution was 640x540px which is called as VGA.

Super Video Graphics Array or SVGAresolution is an extended version of the VGA and which can be used for 800×600 px.

Extended Graphics Array or XGA supported by most of the laptops and create in 1990. XGA provide 1024x768px resolution.

VGA contains 15 pins which are used to transmit signal from source to destination. As analog signals are used more cables or pins are required to send data. Below we will list the pins and their functions.