What Is VLAN (Virtual LAN)? – POFTUT Skip to content 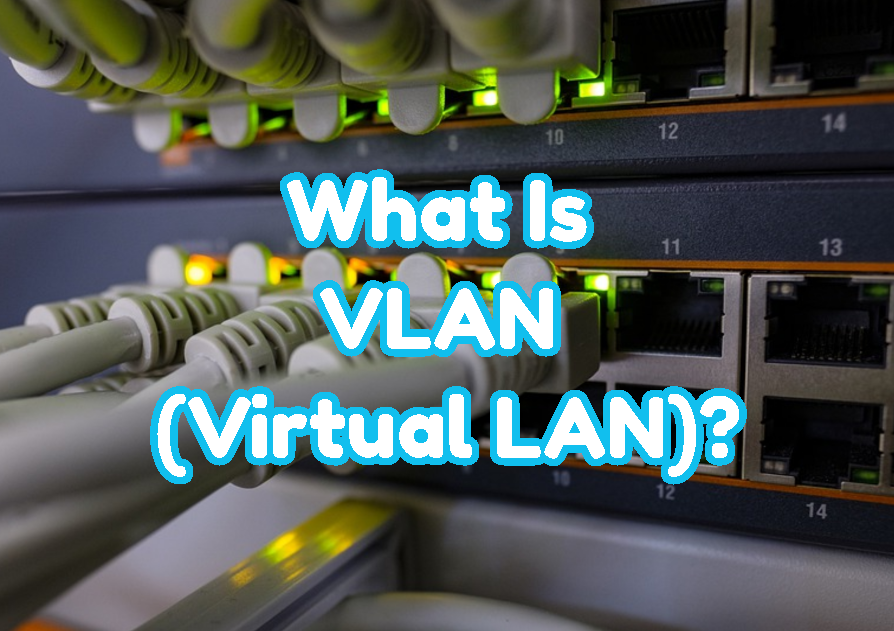 VLAN is network topology and methodology which is used to create separate and isolated single or multiple LANs’s over the physical LAN. VLANs are created logically over the LANs and creating VLAN is easy with the help of different network protocols. VLAN is the short form for the Virtual LAN or in a long-form Virtual Local Area Network. VLANs make is very easy to isolate and run multiple different networks inside a single physical network without any extra hardware router, switch, cable, wireless router.

VLANs can be created for different purposes with different methodologies. We can categorize VLANs into 3 different types.

VLANs provide a lot of advantages to the network administrators and most of the enterprise networks use VLAN technology. Here are some reasons to use VLANs.

VLANs work with physical ports. In the default configuration, all ports in the same switch will work on the same network by default. But VLAN is used to put these ports into different logical switches even they are on the same physical switch.

VLANs rely on IEEE 802.1Q protocol which will add some Ethernet header to the Ethernet Frames. So VLAN works as a Layer 2 protocol which is mainly handled by the Layer Devices like a switch. Adding 802.1Q protocol into the ethernet header is also called as tagging because the given ethernet frame is tagged as a specific VLAN. If it is not tagged with a 802.1Q information it is called as untagged.

On a switch, if there is no explicit VLAN configuration it is numbered with the VLAN 1. According to 802.1Q protocol, the maximum count of the VLANs is 4,096. But in practice, this number is around 2000 where other VLANs are used for specific purposes and private VLAN range which are different types of VLAN.

As on a single physical LAN can be used to create multiple VLANs there are some standard VLANs defined for specific reasons.

LEARN MORE  What Is NAT (Network Address Translation) and How It Works?

VLAN is very popular because it provides a lot of advantages over regular LANs. Here are some of the advantages of implementing and using VLANs.