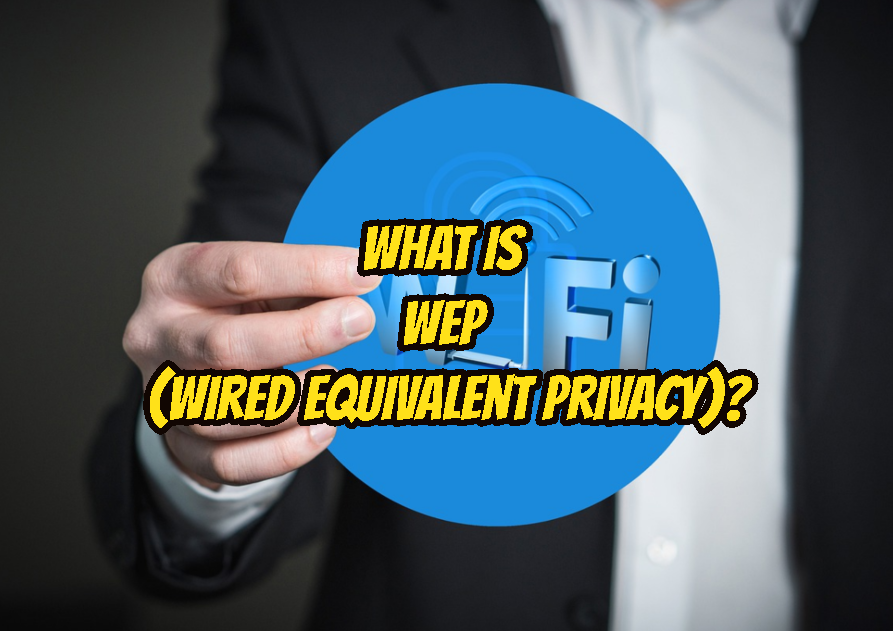 Wired Equivalent Privacy or WEP is a security protocol or algorithm which is created for the Wi-Fi or IEEE 802.11 wireless networks. Wireless is a protocol where the data is transmitted via air with electromagnetic signals. As the air is accessible for everyone near us everyone can access the signals and data easily by sniffing the air. We should protect which data by using encryption and standards. WEP is a protocol that simply authenticates and encrypts data for wireless networks.

WEP was ratified as a Wi-Fi security standard in 1999 by IEEE. The first version of the WEP standard was not so secure and can be easily hacked with regular tools. According to the US export restrictions, 64-bit encryption was used. In 2003 Wi-Fi Alliance announced that WEP has been superseded by Wi-Fi Protected Access (WPA). In 2004, a more secure version called WPA2 became the IEEE 802.11i standard.

WEP is a very old protocol that goes back to 1997. At the time the WEP is released the security was not so important. With the advancement of the time, different vulnerabilities are found in the WEP and related protocols. The biggest security problem with WEP is its encryption algorithm RC4 which contains a security vulnerability that can be easily exploited. Especially IV can be cracked with the related key attack. Only using 5000 packets IV can be determined.