What Is Windows 8 Operating System? – POFTUT Skip to content 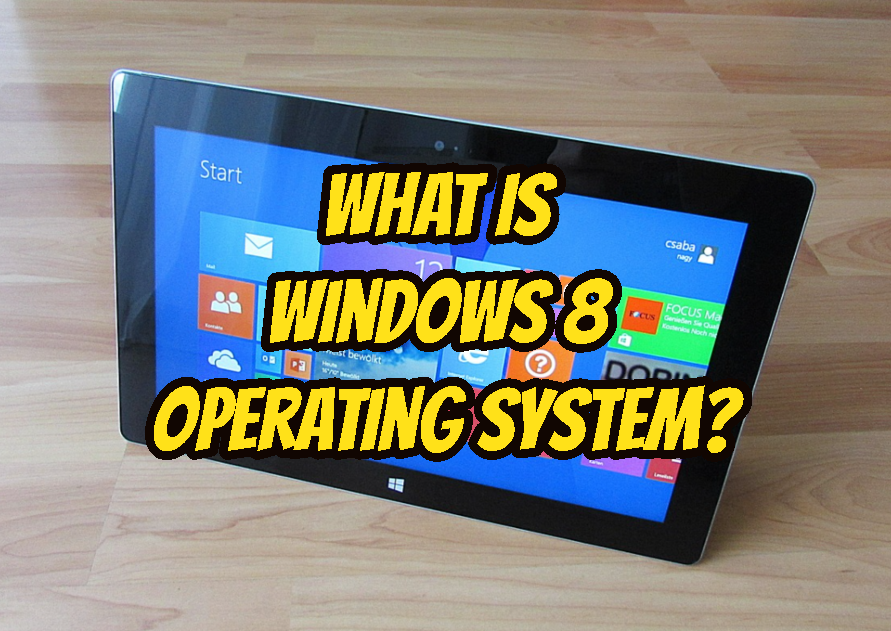 Windows 8 development started in 2009 even before shipment of the its predecessor Windows 7. In January 2011 it is announced that the next operating system (Windows 8) will support ARM architecture and processors. Even some screenshots leaked during development they were very similar to the Windows 7 GUI and do not provide new features about the Windows 8 operating system.

The first official preview is released with build number 8045 but it was also similar to Windows 7. In September 2011 Microsoft unveiled more Windows 8 features which were also beta build. This build can be run on a Samsung tablet. This build also provided as 32 and 64 bit.

Windows 8.1 was a big update to Windows 8 and existing Windows 8 users can upgrade without an extra fee.

Task Manager has been redesigned by adding a new process tab and show fewer or more details about applications and resource usage.

PIN and Picture Passwords are added into Windows 8 as security features. Users can log in by using their PINs and Pictures easily and faster.

Family Safety feature can be used to configure parental controls over the children’s accounts to protect them.

UEFI Secure Boot is added for a faster and more secure boot for Windows 8 with digital certificates and prevent boot and firmware level attacks to Windows 8.

Login with Online Microsoft Account is a feature and effort to enable users with different Microsoft services account to log in their PC with online authentication. Office 365, Live.com, Microsoft.com accounts can be configured for online login.

Internet Explorer 10 is provided with Windows 8. This version of internet explorer supports HTML 5, CSS3, and hardware acceleration for graphic operations.

Windows 8 User Interface is completely a new design according to the previous version Windows 7. This new GUI was based on Metro design language and can be used for different platforms and screen sizes like Desktop, Mobile, Tablet, Smartphone, TV, etc.