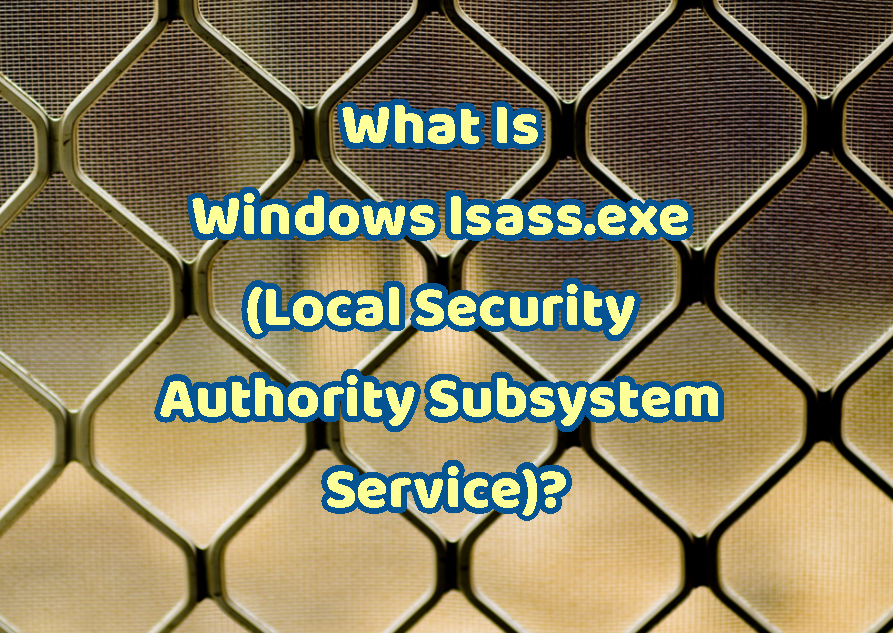 lsass.exe is an executable which is related to the Local Security Authority Subsystem Service. lsass.exe is a popular executable file that runs on Windows operating systems in order to authenticate users, logins and permissions. lsass.exe is very crucial because of its importance and gets a lot of attacks in order to get higher privileges like Administrator from the hackers.

Is lsass.exe Spyware or Virus?

By default and originally the “lsass.exe” is not a spyware or virus. It is originally provided by the Windows operating system and created for authorization, login, permission, etc. which makes it very important for security. In some cases, hackers, attackers, trojans, viruses, malware can modify the “lsass.exe” and add some extra code to this file.

If you think it is infected and want to remove the spyware, virus, or malware use antivirus software in order to complete this job. Do not try to remove manually the “lsass.exe” which will crash the system because it is a crucial and critical system process where the operating system relies on it.

Is It Safe To Remove/End lsass.exe from Task Manager?

But we can enforce the “lsass.exe” to end which will show the following screen which means ending the lsass.exe will reboot the system and all unsaved data may lost.

We will see the following warning where the system will be restart in 1 minute.