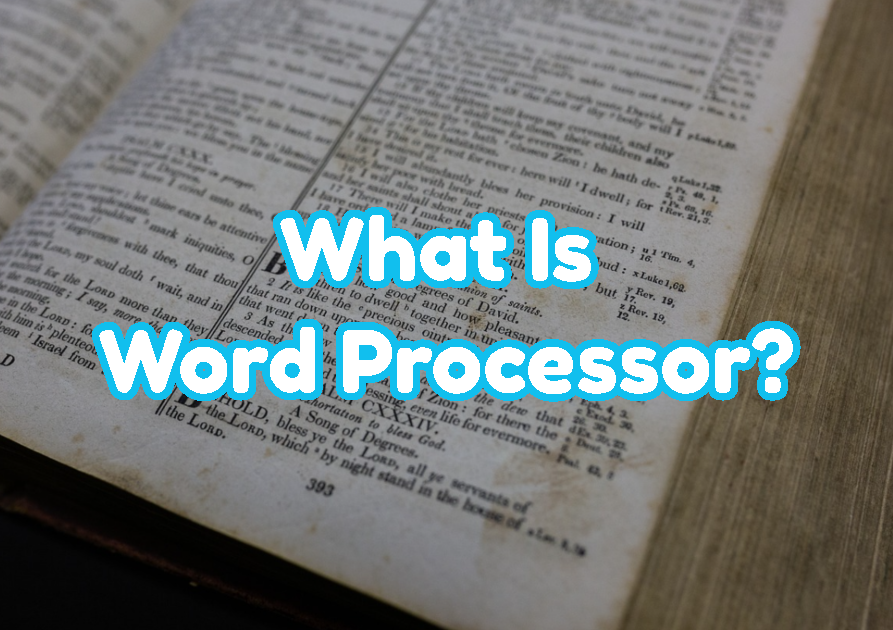 Insert text is the most basic and popular feature where text, words, and characters are typed into the document which is provided by the word processor.

LEARN MORE  What Is DOCX File and How To Open, Edit and Convert DOCX?

Delete text is another popular operation where miss-typed or unwanted text and characters are deleted.

Copy is another popular operation where some text is copied from the given document.

Paste is similar operation to “insert text” but the text is copied from different documents, browsers, etc. into the current document.

Page size and properties can be configured accordingly for better and specific view and page type.

Search operation will search and find a given word or characters in the current word processor document.

Replace is related to the “search” operation where matched search can be changed or replaced with the given word or characters.

Print is used to print the given document into a different format like PDF or sent to into printer to get a hard copy.

Font management is used to set and change font type which is related to the character representations.

Spell checking is another popular feature where the text content is checked again spelling or grammatical errors.

Footnotes are used to put some information about specific text or paragraph.

References is used for academic purposes.

Headers and footers are used to show some generic information like document name, page number,

Macro is used to run simple scripts to generate, calculate some data, or create actions according to the keystrokes and automatically run some functions.

Index Table is used to show list of headers and document parts with page information.

Graphics are used to show some data or information in a graphical way. The graphic can be a bar, pie, line type.

Table is used to show tabular data in a structured way which is easy to read and look.

Even a word processor provides a lot of features it provides very basic GUI in order to make the user experience easier for most of the people from different knowledge level.

Even word processor is a very similar text editor it provides a lot more features and detailed configurations. Below we will list some use cases for the word processor.

Even Microsoft Word is the most popular and defacto word processor there are a lot of proprietaries and free/opensource word processors. Below we will list some of them.