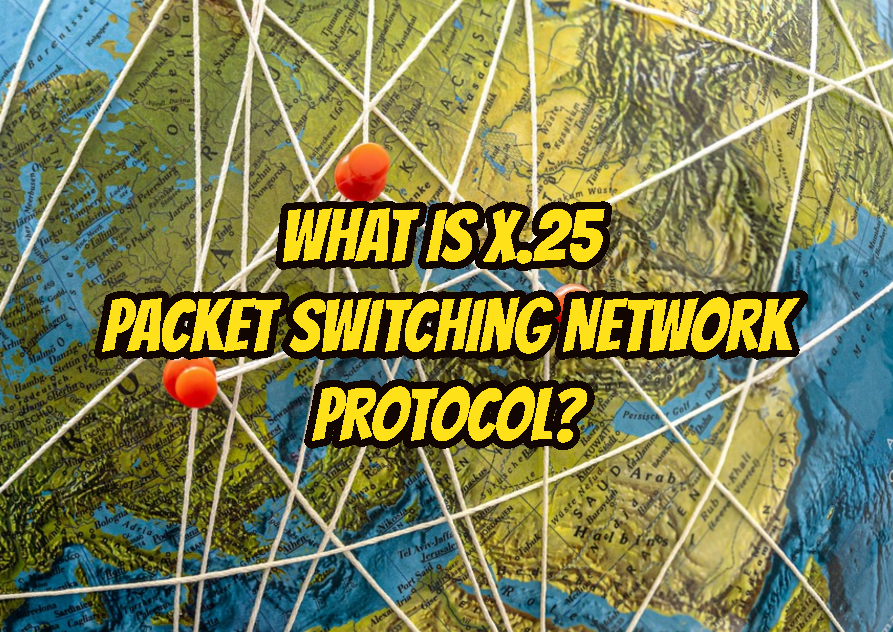 As its name suggests X.25 is a packet-switching technology that is used to transmit data between different host locations. X.25 uses HDLC packets which also contains some information about the routing like source and destination address.

X.25 protocol is created by the International Telecommunication Union (ITU) in 1976. Originally X.25 is created to carry voice signals over the telephone lines. But later the capability of the X.25 is used for network and internet communication. X.25 encompasses the first 3 layers of the OSI Reference model which are Physical Layer, Data Link Layer, Network Layer. X.25 was a very popular late 1970s and 1980s among the telecommunication and IT world. The latest version of the X.25 standard is released in 1996.

Some equipment and terms are used to fully implement the X.25 network. Here are some of the most important of them.

Data Link layer is one of the most important parts of the X.25 protocol. Data Link Layer provides error-free communication and transmission between two X.25 nodes. X.25 provides the error checking mechanism in each hop during transmission. This can create some delay. X.25 packets are generally shorter than other protocol packets which are generally 128 or 256 bytes.