What Version Of Windows Do I Have? – POFTUT Skip to content 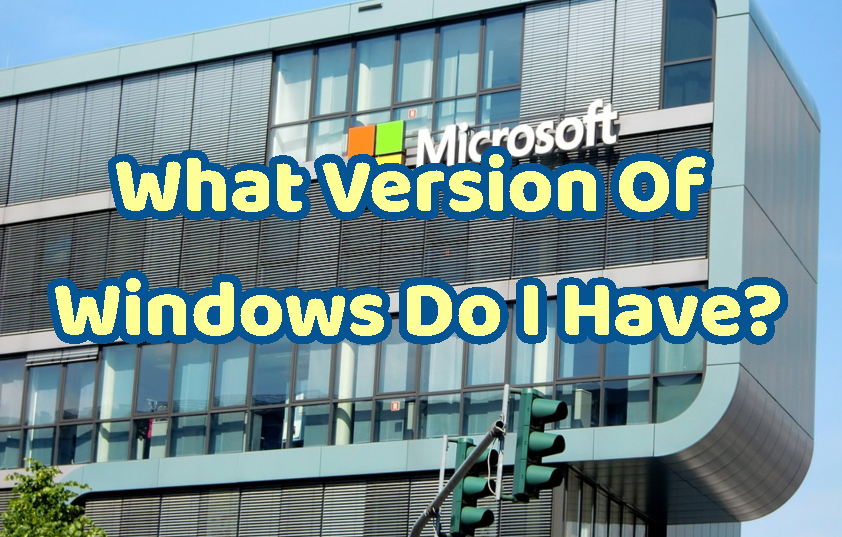 Another way to get more practical information is by using command line cmd. We will provide ver command like below.

But as we can see there will be less information about the windows version and there is no name like Vista , Xp , 8 …

Wmi is a very detailed tool used to get and set a lot of system-related information. We can also use wmi to get windows operating system versions like below.

We can also use GUI in order to find the Windows version we are using. In the  Control Panel System, the page provides useful information about the system. We can check this page for Windows major and Minor versions like Home, Professional, Enterprise, Student, etc.

Windows is a 30-year-old operating system family. It has released with different versions. We will provide the last 25 years of versions with the screenshot.

Windows 98 is an old architecture version of the Windows operating system family and currently not available but in very rare situations we can see it under the rocks.

Windows ME or Millennium Edition is an enhanced version of Windows 98. But uses the same kernel and provides the same experience with Windows 98.

Windows XP is the king of the Windows operating system family. It has been released in 2001. It is used around %20 currently. This is an incredible amount for an 18 years old operating system.

Windows Vista is an intermediate Windows version which is not gained widespread usage. It has some bugs and bad user experience which made it less popular than Windows XP and Windows 7. But Windows Vista provided new kernel architecture to Windows 7.

Windows 7 is built on Windows Vista by solving issues of Vista. It is the second king of the Windows operating system family after Windows XP. It is very popular against a long time of its availability.

Windows 8 and 8.1 are designed from scratch to make the Windows Operating system perfect. Windows 8.1 is a major upgrade to Windows 8 without a license fee. Windows 8 usage is low because of upgrade options to Windows 10 and some bad user experience.

Windows 10 is the latest Windows operating system currently. It provides a lot of features and security to the users.

LEARN MORE  How To Solve "DNS Server not responding"